Happy, positive and ready to grow

I think I really ‘got’ the sea change in business a while back, when looking at the market for KP Crisps, a household name whose parent company was huge and whose crisps had been a feature of every supermarket shelf and corner shop counter when I was younger.

It was very instructive to note that, whilst both they and Smith’s had shockingly had their ordinary-crisp lines delisted by every multiple we visited, the stores had used some of the freed-up space to stock lots of new brands, brands such as… ‘Cape Cod’.

This newcomer had a nice lighthouse on the pack, an image which clearly hadn’t been born out of any focus group or anything. I had no preconceptions of the brand as, in contrast to Walkers, I’d seen no advertising or promotional support. Here was a good-quality, competently designed product that seemingly should not have been on the shelf in such a competitive fixture.

From the supermarket’s viewpoint, however it gave them something different to sell the audience. And that’s what today’s market is all about - differentiation.

Whereas the average Tescos had maybe 10,000 lines in 1980, they now have more like 20,000. Within all this there is actually less, not more, room for ‘me-too’ offers. Tesco’s only needs two lines of traditional-type salt ‘n’ vinegar crisps: their own label, and Walkers.

This is tough if you’re KP (though in fairness their response has been to produce differentiated lines of their own).

But to me it’s an indicator in general that cleverness can now often beat big budgets - great news for smaller companies or people in large organisations who don’t have the flagship brand.

Which is probably 95% of marketers, regardless of whatever sector you are working in.

So that’s good, then.

Return to the in-a-nutshell version 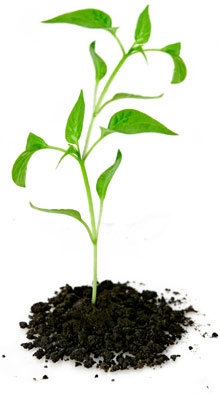