The most common request I’m used to receiving from new clients concerns “recommendations on strategy”. It’s been my enjoyable task to develop such thinking, usually in response to some new challenge or market changes, for upwards of 100 different companies.

Most people also agree that a good strategy, (presumably as opposed to a mundane or bad one,) is almost essential to genuine business growth and profitability. To pick up the military analogy, the wrong strategy can actually get you defeated…

So, how satisfied are you that, when it comes to your own strategic work, you can see the wood for the trees? Analyse towards the killer option that will transform your sales? And get your colleagues to buy in to your thinking and do whatever’s required?

Of course, one option would be to hire a consultant specialising in the area. They can then work with you on your next important project and see if it, genuinely, requires some of that ‘strategy’ stuff.

Clearly, Spring Thinking is always available for that exact sort of work and that’s one possible reason why you’re looking at this site.

I appreciate you may be put off taking such a drastic step straight away, however, so here’s a ‘lite’ option for you:

Since founding Spring Thinking, one of my most successful products is a short training course, on strategy, called the S-Word. I have delivered this to both agency and client teams of up to 20 people. It explores questions like:

Feedback to date has been very enthusiastic, with clients at Fruit of the Loom and Bristan Taps telling me they’ve immediately began to use its content in their daily jobs.

Agencies also find it useful – one PR agency managing director saying “I have never had such good feedback from a training course before. People loved it.”.

So… if you really, honestly weren’t sure about your answer to the question at the top of this page, why not enquire about the ‘S-Word’? 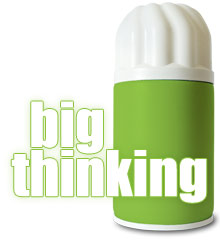 I’m sure at some point or another during your working year, people will also expect you to have something to say about “strategy”.

So, can you honestly, really write down on a piece of paper what the word means?

Shouldn’t be tricky, eh? After all, with the exception of their spouse’s first name, I would think this word is used more often than any other by most marketers and business people in general…

…which is odd, really, because most people (including two leading English language dictionaries I've consulted) can’t really seem to define it. When I came to investigate the subject I wasn’t sure I could do so either. Various suggestions appear to boil down to either

I don’t find either of these very helpful. Particularly when I suspect that a lack of better definition often translates, at operational level, into a lack of real strategy.

For example, I get e-mails, often from well respected Internet marketing gurus, offering me stuff like “10 new strategies for making your advertising work harder”.

I seem to recall a national sports governing body recently outline their ‘strategy’ for the England team, part of which was “to get to the semi-finals of a major tournament”.

Surely, that’s not a strategy, but an aim?

This happens a lot. If you Google the word itself, it’s actually remarkable to see the variety of uses it receives, often from very large organisations. Frequently, we hear discussions of “eight part strategic plans”, many of the parts of which seem unrelated.

Strangely, then, we all seem to be engaged in thinking about something the very basics of which we don’t really agree on - although what is not in debate is that you ought to have a consistent strategy. Doh.