What do you mean, you don't want to walk to the shops? 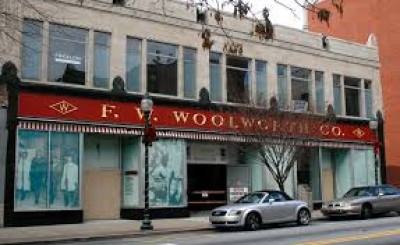 Last week I was in Solihull as evening guest of the 41 Club.  It’s kind of like the Rotary or the Lions.  Very nice people, who had invited me to be their speaker via an ex-colleague.   I suggested 15 minutes might be all people wanted after a substantial dinner and a few drinks, and they agreed. The fools. Actually, with questions, it took 40 minutes to cover the ‘Myths  of Modern Retail’, which included my contrarian opinions on: why the High Street isn’t dead; why the Internet isn’t killing shops; the myth that everybody buys on price; and, this daft notion that retail jobs don’t represent real employment. (Don’t start me off on that.)

Looking back, one interesting bit was the example of pedestrianisation. Received wisdom suggests doing this to any individual street will result in higher sales - yet in some cases it’s made things worse. I suggested this as a Terrible Warning to marketers: just because a plan makes perfect sense doesn’t mean you can rely on real people to play along.

It’s easy to envisage bringing a vibrant, strolling, Ramblas-esque atmosphere to Britain’s small towns by removing the cars. Darn it, though, in a number of places it turns out a core of people actually want to park up and pop in and out of the shops. When they can’t, they go elsewhere.

(People have a terrible habit of rejecting what clever types think they ought to want. As Ed Miliband now knows.)

Of course, there is another more long-term point here. Sometimes a business needs to take a long hard look at the customers it currently has and realise that the future lies… elsewhere. In Colwyn Bay, after a contentious early pedestrianisation period in which business declined, the last year or so has seen great improvement in both customer mix and fortunes. Presumably the people who wanted to drive down and pick up a bottle of white spirit or a loaf of bread are still absent. But they’ve been replaced by other people who want something different, and as long as the cash flow holds up and you can go through the pain barrier for a while, having a transformative vision can work fine.

Anyway, the 41 Club was most enjoyable, people said nice things and I got to plug some friends of mine like Grand Central and Young British Designers. All this and chicken too.  Roll on the rest of 2016.