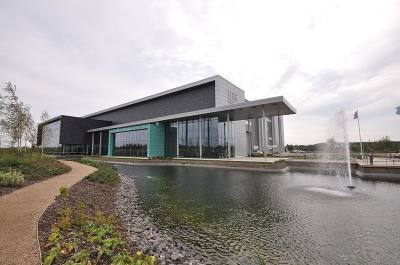 Had the genuine privilege at the turn of the year to get involved with Coventry’s Manufacturing Technology Centre. This is one of the government’s Catapult centres, there are lots but seven specifically designed to help boost cutting edge manufacturing design and processes. Can’t speak for the other six, but MTC was off the scale, James Bond- impressive. They have the second-biggest laser in the world. They have huge amounts of space and can, for example set up fully working prototypes for assembly lines so that OEMs don’t have to compromise their actual factories. They can make astonishingly complicated, high strength metal components out of fine steel dust using 3-D printing.

A lot of the raison d’être for MTC revolves around something we can all think about, something called the Valley of Death. Basically, to get something from a boffin’s chalkboard all the way to full manufacture and commercial viability involves taking an idea through roughly 9 “technology readiness levels”. Sadly, universities are great at the first part, industry is great at the last few… And in the middle of the process lots of fantastic ideas and technologies die on their arse.

So places like MTC are devoted to getting blue sky stuff into a state whereby industry can pick it up and genuinely work with it.

Strongly reminiscent of all the ‘brainstorming’/’thought shower’/’whatever- you -want -to -call –it- this –year’ sessions that I’m sure we’ve all attended. Anyone who’s worked with me as facilitator knows how passionate I get about the equivalent of the Valley of Death. Meaning: the loss of the more left-field, wacky, and often excellent ideas that get generated in these meetings and then left on the table at the end of the session.

In the marketing business, we may never have our own MTC but we can still work harder to make some of those initial ideas viable, to drag them into a usable shape and thereby get something interesting instead of some boring compromise.