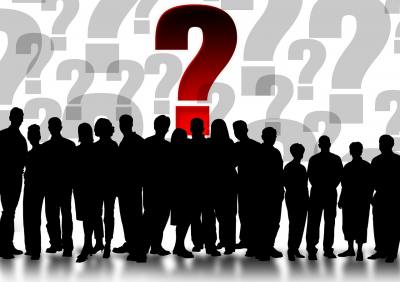 Emerging from pandemic, a lot of commentators are talking about the imperative that businesses “listen to customers”, “understand customers” – often by watching what those customers are busy doing on the Internet. There is much to be said for observing and listening to customers - but that doesn't mean writing down what they say and acting on it.

Apart from anything else, gathering data on what customers are doing, or asking them face-to-face, very probably merely replicates the information set possessed by your equivalent competitors. This has always carried a risk that your marketing activities will more and more come to resemble those of your competitors. In that unhappy state, price risks being your major differential, unless you are fortunate enough to actually offer a genuinely brilliant product or service that cannot be duplicated. Good luck with that last bit, by the way.

Try, instead, anticipating what your customers may do, or think, or want, as the world continues to change. There are at least 4 levels at which you can do this.

Firstly, surely everyone in business has heard Henry Ford’s ‘faster horse’ story. It’s the original demonstration of a great principle of genuine marketing – marketing is often not about selling people what they want, it’s about selling them what they would want, if only they knew about it.

Henry Ford’s tired old horse has modern parallels. Dyson’s bagless vacuum. Nobody said “I’d like to pay twice as much for a vacuum cleaner which is fancy and has a benefit I currently do just fine without”. And my own favourite example - Procter & Gamble ironing board deodoriser; a new product in the 1990s, its ads pointed out that we didn’t like the way our ironing board smelt while we were using it and offered to do something about that. Like the bagless cleaner, we hadn’t consciously registered a deficiency …..until somebody offered a solution.

Your ambition to get ahead of your customers should however go beyond offering people something new, which you think they will like, and seeing what they will say. Indeed, this is one of the problems with traditional market research; even leaving aside the tendency of people to lie about their feelings, what they tell us they are likely to do is, quite frequently, contradicted by what they do in practice.

As a result, anticipating customer behaviour can involve actively placing faith in your own opinion of what will happen, despite what customers are telling you. Your brilliant idea, in other words, absolutely should NOT be binned simply and only because customers initially turn up their nose. ‘Proper’ takeaway coffee, based on espresso, was well established in the US in the 90s but in provincial England the convention was that cafeteria tea or coffee was £1 or less (in today’s terms), and largely used for washing down bacon sandwiches or cake. At launch, the Seattle Coffee Company, who would eventually be bought out by Starbucks, were very much placing their faith in a future change of British attitudes. Certainly, I can’t imagine the market research was very positive. Most people I know initially greeted the idea, of paying a few pounds for a drink we thought we could make at home for pennies, with incredulity. These days, it takes Martin Lewis to reveal to us exactly what huge sums we’re spending annually on coffee.

Third way to second-guess. Use your emotional intelligence to detect when customers are actively bullshitting you. Okay, as I've said, customers don’t really know what they’re going to want in future, whether it be coffee or Red Bull (the worst performing soft drink concept in Food & Drink research history by the way). But they also often know what they really want yet are shy or unwilling to be honest. Be aware of this when looking at the ‘facts’ you’ve uncovered.

I learned the horrid truth of human nature in a late 80's focus group for the Petrolon product Slick 50. A ‘miracle’ engine additive, this gunky stuff has its detractors but also millions of worldwide users who swear that its product claims are broadly true. On the night in question, we were testing those claims on UK drivers of older cars who had not heard of the product. The facilitator ended the session and thanked the participants. I had made loads of notes, excitedly comparing levels of enthusiasm shown for our claimed benefits of longer engine life, quieter running and improved engine performance. Now we knew what to say in our ads! By contrast, our research subjects had largely glossed over the related claim of improved mileage and therefore fuel savings.

Our experienced facilitator proceeded to decode all the behaviour we’d been observing in a disturbingly different way. Most of those people, he suggested, wanted to look as if they know about cars and also that their car performance is important to them. Particularly once a couple of apparent petrol-heads had made early contributions along those levels. Instead, our researcher suggested that most participants had appeared to him quietly engaged with the question of financial return. A bottle of Slick 50 retailed at the equivalent of £38 today. So, very long-term benefits relating to engine part wear weren’t perhaps as likely to loosen the purse strings as we were being told. Effectively, a group dynamic in our discussion had meant the most straightforward selling point – lower fuel bills- was getting short shrift.

I can only imagine how many retailers have held online focus groups during the lockdown, in which customers will have been asked what they want to see from their local shop or mall. Do you think many people said “I’m bored stuck at home and would like to look at some nice shoes please”, as opposed to “I want to hear all about the new hygiene practices that will keep us all safe and protect the NHS”? Primark is one of few retailers that continued to talk about its products, new stock and fashion and which retained its levels of customer targeted messaging during lockdown. When Primark stores reopened after lockdown, they had queues outside. Not so for many other retailers, despite all the reassurance they had offered those concerned customers.

The final reason you need to second-guess your customers is that none of us, even if we be as truthful as George Washington, ultimately really understand why we like what we like. We do not sit in self reflection. Yet our simple reaction to something can often have a different, or more complex explanation than the obvious one.

Rory Sutherland tells the story of a friend who, on holiday in Jamaica, was so impressed with the delicious banana liqueur they had been drinking on the beach that they enquired about the British distribution rights. Great news – they were available. Cocktail after banana flavoured cocktail went down the hatch in the Caribbean sand, as they toasted the new enterprise awaiting them on their return home. They thought they were on to a winner.

At home in London, they invited their friends round for a tasting. Not only did their friends think the liqueur was disgusting, to their dismay they also found they thought so themselves.

The would-be-entrepreneur teaches us a viable lesson. Clearly, a big part of their enjoyment of the banana liqueur had been the beach, the sunshine, the palm trees and the plain fact that they were on holiday. But they had been unaware of this influence at the time.

Putting all this together we can see that:

sometimes they consciously misrepresent their attitudes; to say what they think we want, to make themselves look better or even to feel better about themselves

in any case, people don’t always properly understand the reasons for liking what they like; so they can’t tell us, even if they want to.

Bad news. There is no magic formula for second-guessing a customer. Good news. If you can learn to do this more often, you’ll steal a march on your competition. This autumn, and next year, that’s going to be vital.