The Realistic Truth About Homeworking…. And Why You Shouldn’t Worry Too Much 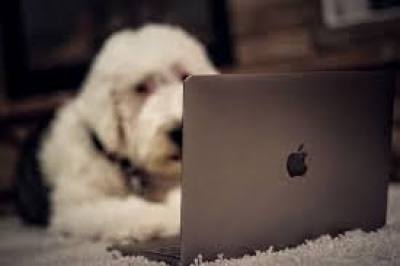 Spoiler alert: this is not about boosting your at-desk energy levels or turning your spare room into a Total Productivity Nexus

It turns out 2020 is going to involve you being at home one hell of a lot. Five days ago you had no idea you were going to be a home worker, and now you’re sitting in the kitchen with your laptop.

It probably feels strange and, specifically, a mixture of good/bad ‘strange’.

By contrast 13 years ago I started working for myself and since then, 70% of my time has been spent sitting on my own in a cottage in Leicestershire in front of a PC screen. I’d characterise homeworking as “freedom with responsibility”. You have a great deal more freedom, but you have to discharge your responsibility just the same.

It’s been, mostly, great. I’m writing this because of that “mostly”.

Many of you will not be used to being in your own homes at 11 o’clock in the morning, or 3.30 in the afternoon, and quite a few of you have already read a number of helpful accounts of “how to maintain productivity”. Most of these are from exceptionally bright and breezy individuals, a bit like that lovely Jilly Goolden who used to do the wine reviews, only with less wine and more life coaching. Such articles will advise you to “walk around the block in the morning as if you were going to work”, “reward yourself with a cup of tea after each work milestone” and stuff like that.

I’m not knocking any of that. Whatever works for you in your new life. This article just contains a few observations and tips which might be, in the medium-term, a kind-of ‘second phase help’ to you.

Firstly, let’s assume you are not lazy. By “lazy”, I mean “inclined to do nothing with your time that is mentally or physically active”. Most people on Linked In are involved in a career that probably precludes goofing off as a default behaviour. I only mention the possibility of laziness because, if you don’t have any self-discipline, your work-from-home job is going to be highly incompatible with the next few months and not even Jilly can help you.

Secondly, let’s assume something a lot less obvious. Let’s assume you have a job in which you are not constantly prompted, on a half-hourly basis, to carry out specific actions or to direct others to do so. Particularly towards the beginning of our careers, we may have jobs which ‘do us’, rather than us planning our own time. Marketing executive at a car dealership? Chances are you rarely sit thinking “how shall I allocate time between now and lunch?” Either you already know, or it will become very apparent very quickly.

As we progress, though, it becomes more the case that our boss (or indeed business partner) expects us to self manage, set priorities, think of methodologies etc. If so, this year, you’re going to have to exercise this skill set in a different environment. Shouldn’t be a problem? Actually, it might be. And this is my first observation.

Working in an office, take it from me, you have not remotely appreciated the extent to which parts of your working productivity are prompted by those around you. It isn’t just formal meetings or discussions that help drive your day, but passing conversations, reminders, maybe just things you notice, that pull your focus onto a task you need to achieve, or prompt your next interaction. At home, OK, email will still be happening but all those other informal triggers won’t. You’ll sit there, far more often, thinking “oooh, what was I doing next?” And the answer will definitely be on you.

Of course, (and this brings me to my next observation), a Truly Organised Person, once she’s been for an early morning run, will have allocated tasks to most of the day, in timeslots, allowing a break of exactly 30 minutes to answer emails and deal with unscheduled, urgent business. Just like the time management courses tell you.

You should certainly plan to try and work this way. I predict it will last approximately three weeks, at best. Because?

Because you are now in your home. However you close yourself away, domestic things will happen. A knock on the door from the postman requires your signature for something you’d forgotten you’d ordered. Now you’re thinking about why you ordered it. Perhaps a domestic project you’ve agreed to undertake, and this is a key element. Or a relative's birthday for which this is the gift. It will take 5 minutes to get back onto what you’re doing, and (time management experts will tell you) another 5 to actually regain full focus.

Obviously, it may be a ‘quick win’ to ban opening the post until after dinner! Ultimately, though, it’s not the post, as such, that’s the issue. Being in your house will switch on that sense of ‘duty’, which you have, that has nothing to do with your work. The bin will smell and needs emptying. You will notice that the floors in your workroom are not clean, and nor is the landing. Someone has spilt soup all over the work surface near the kettle. Two lightbulbs are out in the stairwell. Something.

If you are a robot, you’ll be able to avoid remedying any of this stuff until your carefully allocated ‘down-slot’ four hours from now. If you’re a robot it, also, won’t bug you repeatedly during the four hours that you haven’t already done something about it.

Most of us aren’t robots, however. You should plan your working day on the assumption that you will be distracted by something domestically at least once every 90 minutes. If you absolutely must do a block of continuous work lasting more than this, plan it in for a phase in the day when you are least likely to have callers at the door, the dog needing to be let out or in, or texts from your kids asking you what you’re planning for dinner. (You did realise that working from home means you are now the family chef , didn’t you?)

You may not find all of the above welcome news. Control freaks in particular will hate the notion of a load of stuff, which they are not used to, getting in their heads and interrupting their productivity. However, I did say working from home is great, and it is – you just need to observe and understand yourself better.

You see, it’s very probable that your working efficiency will be just as great and here’s why.

Fact is, all that time you’ve been working in an office, you’ve also been regularly distracted by small and trivial episodes that shouldn’t have been on your 'timing plan'. Someone would ask you if you saw Game of Thrones last night. A minor workplace conflict, that isn’t really in your remit to resolve, gets talked about for 10 minutes. These things happen – you just don’t notice them as much a. because everyone else is doing it too, and b. because after all, anything that involves your work colleagues must be work, right?

This realisation came to me only after a couple of years home working. I was prompted by one of my all-time favourite colleagues whom I shall refer to as Ms S. A very senior London client of mine at one point, she had become self-employed and over coffee one day said in educated tones “to be honest Danny, sometimes I get to lunchtime and I can’t f~~~ng work out where the time’s gone”. My heart soared at this. If Ms S had productivity concerns, wow…. suddenly my own doubts appeared more reasonable. But more positively, I just knew she wasn’t someone who would spend half the morning watching TV or putting her DVD collection in alphabetical order. (I did say it was a while ago).

Being a Analytical, I set out to solve this apparent mystery. The fact is: neither S nor I are skivers, just as you aren’t either. I watched myself more carefully over the following days without consciously altering my behaviour and found I was, genuinely, involved in trying to do work things throughout probably 80% to 85% of the average day. Which is totally in keeping with historic statistics for the productivity of office-based workers.

It just didn’t feel that way to me, the first couple of years. So, be aware of this. Because you are not bouncing off other people all day and you aren’t having face-to-face chats, ending with a “okay, so let’s do X…”, homeworking risks making you feel as if you haven’t achieved as much. Instead, your conscience makes you focus heavily on the things you did that definitely weren’t productive. Making drinks. Chasing the cat out of the lounge. Talking to the Amazon driver about coronavirus-vaccine progress.

In your head, these can seem to be the things you “spent your morning doing”. In reality, they took approximately 20 minutes and the rest of the time you were, genuinely, working. Recognise this tendency early and you will beat yourself up a lot less.

Working from home is great. And, as you contemplate it, why not aim high? Try and live that lifestyle-blog homeworking routine – a dream mixture of productive working, exercise breaks, preparing healthy meals and settling down with the family over a jigsaw after dinner.

Just be realistic and don’t set yourself too high a bar in your new existence. There’s more than enough fretting going on, as it stands, without adding to it.