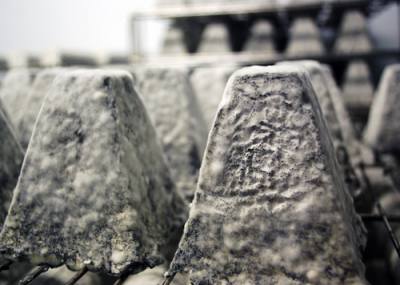 To London yesterday, which always involves a good poke around some of the retail. Congratulations on this occasion to some former colleagues at John Lewis PR – your coverage sold me the Oxford Street “Smart Home” exhibition as a sort of mini Science Museum on the still-forthcoming Internet of Things. So of course I went along.

Whilst Smart Home doesn’t really deliver to my impression, (probably my fault for getting overenthusiastic), it was still lots of fun. More importantly, it hammered the last few nails into the coffin of my innate conservatism with regard to mobile phones.

Basically, stuff the future, right now JLP are offering any number of incredibly clever household devices and most of them work off your phone. Want a compact, cool looking mood-lighting system that can produce several million different colours, on demand? You can have one – it works off your phone. Want to monitor the temperature, humidity and air quality inside and outside your home?  Smart technology can now do this with a couple of things the size of water tumblers – naturally, they talk to your phone.

All this was good fuel for several conversations during the day, one with a (very) historic client of mine I haven’t seen for ages. He runs communications for Apple and is the same age as me, albeit his clothes are 25 years younger.

Foolishly, I decided we could talk about technology over lunch, which was a little bit like when I go to Germany and try to speak the language. However we did get onto marketing, as a concept, and the definition that everybody should be using (not just Apple):

'Marketing = finding out what people want, or would want if you offered it to them, and selling it to them at a profit.'

Of course, in 2007 nobody knew they wanted to be offered six different iPhones in less than 10 years. And nobody got out of bed last year thinking “Godammit, why isn’t there a contactless device to monitor my sleep patterns during the night and link to an app suggesting any issues and remedies?” But it’s in John Lewis, now, for £129.95.

Anticipating genuine demand is not the prerogative of IT products. Unilever and P&G have built empires by understanding things like this: ‘if we point out to people that, when ironing, their ironing board smells vaguely unpleasant, they will happily buy something to make it smell nicer.

I’m almost deliberately using a very trivial example above. Politically, many people have issues with just such Things We Don’t Need. And, admittedly, ironing-board-deodorant salesmen probably won’t make it onto the first mothership to leave the dying Earth. But proper marketing, as in the definition above, has provided many things no customer ever actually asked for yet were very happy to have.

You can even play a little game - see how many things, like that, you notice by home time tonight. (For example, my elevenses right now consists of White Lake goat’s cheese with a black ash coating. Who knew you could put ash on cheese and eat it? More to the point, in which historical focus group did customers suggest this was a requirement someone should be sorting out?)

But there is a less trivial way to spend your Friday afternoon. Think over your marketing plan at the moment and ask yourself how much of it consists of converting interest that already exists in whatever it is you sell. Bidding for obvious search results online will make your ROI look lovely, but it isn’t very ambitious.  Ultimately you are bidding for a share of the cake that already exists. (PS. This is basically how Google AdWords both describes itself to newbies and is used, by the majority of advertisers).

Now look at your service or product offering.  What do you have in development that anticipates customer demand rather than competing for what exists? If the answer is “nothing”, you may not go out of business any time soon. But you can certainly expect your profit margins to decline over time - probably quite rapidly, in today’s highly responsive marketplace.

Real marketing meets unmet demand, creates new economic value, profit and thus employment and a better quality of life.  In that sense, Apple and John Lewis don’t have marketing departments, they have a real-marketing ethos. Don’t downsize your own brand or your own company by behaving as if this approach can’t apply to you, too.

See what John Lewis has to 'smart up' your home, here