Do Leicester players chat a lot about non-football stuff? I bet they do. 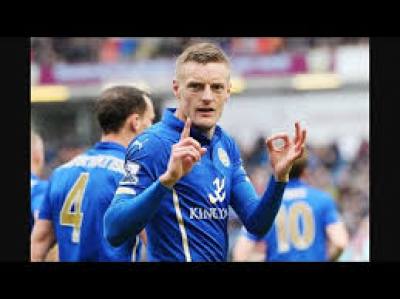 There’s been a lot in the business press over the last year or so about the vital importance of good team-working practice in business. Sure, even before David Brent was on TV, cliched managers have banged on about workplaces involving teams.

However, in the modern environment almost nobody is capable of delivering their workload alone. Your job thus probably involves trying to get the best out of a team or teams. And you’ve probably asked yourself many times – how can I do this better?

In it David discusses Google’s recent, lengthy and VERY surprising research into the habits of their most effective corporate teams.

In a nutshell, Google now say that their most outstanding teams have many differing characteristics but one apparently common feature: they spend a lot of time chatting to one another on all sorts of subjects and definitely not just work.

If you tend to think productivity is about laser focus, about cutting out the fluff, and that the best meetings are just like the ones Ernst Stavro Blofeld holds in James Bond films, where hardly anyone says anything and then the underperforming employee gets sacked (okay, killed), then you really need to read David’s piece. Read it today and then come back to this tomorrow, maybe.

I actually write as a now-reformed fan of the Blofeld school of meeting protocol. Some years ago a couple of my directors, at the advertising agency where I worked, were asked to look at how to make us more efficient. One area they examined was meeting protocol. At that time, we spent hours and hours in lengthy meetings in which very little actual work seemed to get done. Monthly team meetings rambled, involved over thirty people and 3 hours was considered a short sitting.

In the course of their research into better working practices, we learnt that Cadbury plc had tried out a very different approach to internal meetings. Their meetings were held standing up. Refreshments were not served. Agendas for meetings were submitted in advance and Any Other Business items were very strictly controlled. Chair people would encourage individuals to take highly specific issues away to resolve rather than allowing everyone to react to them in the meeting.

So we eagerly introduced most of these features into our meeting. And we also added a strict ‘work-subjects-only’ proviso.

If, like Blofeld, you’re one of those people who hate small talk in meetings and want to be in and out of any meeting as quickly as possible, you will probably be applauding all the above. You’ll be even happier, then, when I tell you that the average length of our monthly client service meetings dropped below one hour. Did more work get done? Well, there was no budget for Google-type internal research, but it felt like we got all our work done and people went home earlier.

Over the years, I’ve told this story many times as an example of positive management change and as such it’s never been queried, least of all by myself. Now I’m starting to have my doubts, and I think I know why. Admittedly, those big meetings were very flawed. But by removing the human interactions elements completely, we stripped them of all the features that Google’s research prove creates SuperTeams. Almost certainly we threw out a substantial baby with the bathwater. We might have become more efficient but were we really more effective?

Concurrent with the work the two directors did, my own new business and planning teams went through a very different exercise called ‘frame-working’. Basically, everybody within our team had to bare their souls in as frank a manner as possible to all the others – something Google in 2016 cites as an effective way to create the state of ‘psychological safety’ so vital to getting the best out of everyone in the team. Our exercise involved telling people where you came from, what your parents did, a bit about your upbringing and the key things you thought had influenced you in your life.

All very touchy-feely, but frame-working proved very interesting and productive. And it really changed the dynamic in the team for the better. An example: one of our colleagues, let’s call him Peter, had a high IQ, was emotionally-intelligent and a real asset to us. However, he always put forward his ideas apologetically. He did this all the time and it became quite irritating for most of us on the team.

Using the frame-working technique, we learnt that Peter came from a blue collar background – not the sort of background that traditionally spawned university undergraduates back then. Correspondingly, his parents, far from supporting him in his university studies, had been very discouraging. In fact, his further education had caused a rift in the family. The parents had offered little subsequent encouragement in Peter’s advertising career either, with the result that Peter felt he had ‘gate-crashed’ this middle class job, which knocked his confidence massively.

When you don’t feel entitled to your place in life or in work, you will have an irrational fear of losing it. For Peter, this manifested itself in being apologetic every time he opened his mouth. Understanding this now, we made sure we gave him the necessary space to say what he wanted to say in his own style, and tried very hard to hear what he was saying rather than being distracted by how he said it. Result: psychological safety, leading to a more effective colleague and a better performing team.

Here’s the point. This week, thinking about team management, I realise that I’ve told numerous people over the years, about the changes to meeting management. But the story about Peter – the emotional team-building stuff – has remained largely unmentioned. I suspect there is no conscious bias in my recollection. However, as busy fools, I think we quickly forget anything we may have learned that was at all indirect in its impact on our work.

Indeed, we might even suggest that Western business practices, whilst highly effective in many ways, are predisposed to look for ‘good’ in particular, narrow areas. We like things that have the appearance of a direct, immediate benefit; things like shorter team meetings. We remember these and take them forward into new jobs at different organisations.

In contrast, we are predisposed to think of any non-direct, seemingly “fluffy” aspects of our behaviour as either a very mixed blessing, or an actual curse. So, even when we identify ‘soft’, less direct business benefits from specific behaviours, our teams are likely to forget them, or stop making time for them as they rush around being frantically busy.

I suggest that this bias will be an unconscious feature of all types of organisation. In formal hierarchical companies any new behaviour resembling what Google characterized as ‘type A’ behaviours (organized, efficient, task focused) will always be welcomed with open arms and seen as enhancing rather than subtracting from the firm’s performance. ‘Type B’ behaviours (sensitive, empathetic, playful and discursive) will usually be rejected. Yet in the sort of expressive, informal, almost-not-like-going-to-work cultures that characterize creative and academic workplaces, where ‘type B’ is already prevalent, it’s likely the management secretly worries about that rather than seeing it as an asset.

Now they know they shouldn’t – it’s the secret sauce that makes the organisation thrive and probably explains why these sorts of organisations are growing so rapidly and attracting new generation talent - compared to the older, more conventional enterprises that demand you leave your personality at the door when you come to work.

Which one are you running?