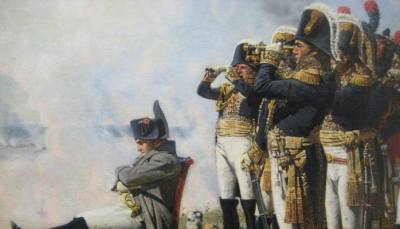 Last year during a business pitch I was looking at a potential client’s careful analysis of their customers’ purchase journey. Nothing unusual there – such things have always existed in marketing. They are frequently described using the metaphor of a funnel, through which a broad amount of potential interest in our type of product or service, or brands like ours, gradually narrows until the crucial moment at which we are preferred and actually purchased.

Unlike those customer journeys I’ve seen in years gone by however, in the case of this particular client, the purchase journey was all about pretty much the last hundred yards. A great deal of very precise information about exactly what people did online during their final run up to purchase.

At the very least, this gave me pause for thought.

Marketing has always looked for ‘surety’, running focus groups, polls, and debating consumer behaviour, but it’s never really been able to present most of the findings as ‘solid fact’.  Not least because consumers often don’t understand their own views or behaviours and, when they do, often won’t tell us about them honestly.

In recent years, the Internet has however stepped forward to assist us greatly in terms of what is reassuringly solid knowledge regarding customer purchase habits.

This is both a benefit and a trap – a trap into which many businesses are potentially walking at top speed.

You see, this client’s purchase journey model had been developed by careful use of analytics, backtracking from actual purchases that had occurred, or the near misses that they could see, and following a breadcrumb trail back to the point at which these customers first appeared on their digital radar.

As a consequence, what used to be the fairly brief, single “decision” stage of an old school purchase funnel was now broken out into four or five (I forget which) sub stages. These had titles like “research” and “comparison” and “reassurance”, but they all effectively involved looking at websites, reviews or recommendations online, before taking the plunge and buying. Oh yes, all you sales directors out there, there was a bit of deal- comparison activity right at the end too, once Joe or Josie Customer had decided exactly what they wanted.

Fascinating. I’m willing to bet your business, or your brand, is all over this sort of thing - and I bet you spend a lot of time fiddling about trying to optimise your online spend to influence those last stages. Long, and strong will be the drinks consumed on the afternoon where you manage to get your efficiency up by 20% without spending any more of your limited budget.

This is all absolutely unarguable …but it’s also a major hazard. It comes back to that question of knowledge.

Like I said, marketing has struggled with surety. Now we are able to be ever so, ever so precise about the actions of a highly desirable audience, people who are in the market for something just like what we make, and already considering our brand alongside a few others.  The evidence is right there in black and white.

All we need to do is…. wait until people are actively considering an imminent purchase in our area… and we know just how our marketing plan needs to work.

The downside is: we can’t help turning our noses up at the contrast (is this the right word?) elsewhere in the purchase funnel, in those messy bits prior to the customer deciding they need a washing machine with a 9 kg payload, or whatever we make.  So the client in my story had resorted to analysing very carefully those things they could be absolutely sure about, and if I’m honest they had also apparently abandoned any attempt to focus elsewhere.

This is what I’m choosing to call ‘Napoleon’s error’.   (That's why he gets his picture on the article.  You did wonder.).

Being pretty much a genius, Bonaparte didn’t make many mistakes but most analysts suggest his last day in command was one of them. It was the battle of Waterloo, 1815, and on a slope in clear view of Napoleon stood the strategically important farmhouse of Hougomont.  It was only a part of the British/allied line of defence but definitely a Big Target, so the French tried very hard during the morning to capture it, and it became a focus, pulling in more and more resource.

By the time the afternoon was underway British & German troops continued to hold the battered farmhouse and by now the overall battle had developed considerably. Most notably, the hard-as-nails Prussian army had arrived, throwing one French wing into chaos, but despite this much of their Emperor’s focus remained on this bit of the battle he had spent most time considering and which he could himself perceive in the most detail.

Anyway, we know how Waterloo turned out. The French never did take that farmhouse and most historians agree it became less and less relevant as the day went on.

Now, my analogy only goes so far.  Clearly, however much you have to spend on marketing, you absolutely should be analysing the hell out of those last few, micro stages of the customer purchase process. Unlike the farmhouse in my story, they will remain hugely important. However, the parallel is still clear – like Napoleon, because we just can’t be as precise about all the other, chaotic, emotional, and trackable aspects of our market, we increasingly disregard them.

Doing so is great for saving mone.  Indeed, I recently saw a chart tracking spend levels within business to business marketing,  in which as of 2016 a shrinking B2B traditional-magazine spend has finally dropped below the level for digital mags and portals . Only to be expected. But, the same chart showed the overall spend between the two is down at about a third of the old level.  Instead of switching dollars into the more accountable medium, therefore, activity is simply taking place at a lower level.

Basically, marketers can clearly see this particular ‘farmhouse’, they can’t see anything else as clearly and so they are abandoning the rest of the battlefield.

If you’re doing this, but your competitors aren’t, you are making Napoleon’s error. Focusing on what you can directly micromanage and understand. Chances are some of your competition is behaving differently. They will be less capable than you are of demonstrating exactly where their levels of sales, brand salience and future interest are coming from.  But chances are also that those levels are higher than yours, so maybe they don’t care…