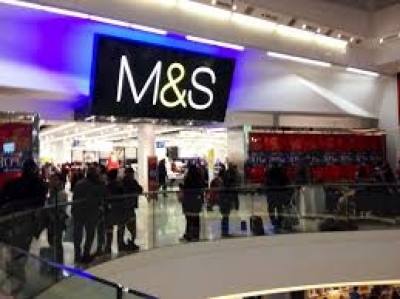 Reading the M&S revamp plans yesterday morning, most interesting. Mainly because the formula for success for the chain is generally agreed: they need to appeal strongly to over 50’s, first and foremost, as that is their traditional core territory.

A tricky brief, not least because marketing in most B2C sectors has long recognised peoples’ desire to be communicated with as if we were 20 years younger than we actually are. Yet, the same time, the life stage/politics/habits/desires of a middle English 60-year-old just aren’t the same as that of her 40-year-old neighbour.

The Chester ‘Mrs M&S’ customers on ITV News (May 25), reviewing some of the current clothing offering, used words like ‘frumpy’.  Ouch. Arguably, the “you’ve given up now, haven’t you dear?” approach taken IMO by a lot of the BHS offering in the last 10 years, and still taken by a couple of high street retailers targeting greys, is doomed to fail unless you are also dead cheap.

Assuming that M&S clothes aren’t all frumpy, the worry must be that their strategy of diversifying in-store, creating numerous separate branded areas such as Alexa Chung, Per Una and Autograph, plus quite a lot of others, has not only made the stores harder to shop but also appeared to point the wrong type of product at those vital older customers.

So, I’m willing to bet that Steve Rowe has a load of people, right this minute, brainstorming the question: “how do we show a middle class, aspiring 60-year-old, who considers that she has taste, a whole lot of interesting stuff she can wear everywhere she looks in our fashion section?”

Clearly online has a big role to play. After all a 60-year-old female who hasn’t got a smartphone or tablet probably sports a bottle-brush haircut and a forest green polo shirt. We can’t help her.

With regard to the Internet, it seems that many older customers are becoming almost as wedded to constant mobile ‘transactions’ , trading time for some type of concrete reward or gratification, as are the much younger Millennials with which my marketing industry is so preoccupied.

In contrast, mid-30’s and 40-somethings don’t behave either  like their seniors, or like the Millennials with their always-online habit . That must be key for M&S because the temptation must be to try to define “Mrs M&S” in as broad a way as possible. However, the average UK middle class woman nowadays only started her family at about 32 or 33. She very probably finds by 36 she has neither time nor money to explore engagement with 20 or 30 brands online any more. Or, perish the thought, she has better things to do.

As a strategist looking from the outside, all this suggests that there is a need for serious focus. Trying to be a bit appealing to everybody is what closed down Woolworths – in contrast, true strategy always consists of choosing what you are not going to do, just as much as what you are.

On that basis, if I were M&S I would immediately change my online offering to aim squarely for those ‘Mrs M&S’ types, albeit I would never use the phrase to customers. I’d abandon trying to cover all the bases and centre the brand imagery around classy 40-year-olds, not twentysomethings, and offer my mature visitors lots of engagement and interaction.

All in the sure knowledge that the 35-year-old market (at whom M&S have presumably been targeting a lot of not-brilliantly-successful activity) was never going to be the core of my business.

In fact, while M&S is doing all this our perspective 35-year-old customer will be panic-buying a party top to be delivered just in time for Friday night, from ASOS, for 20 quid, based on a lunchtime email recommendation from a work colleague in Accounts.