Which ‘BR_____’ Exerts The Most Influence Over Your Export Potential? 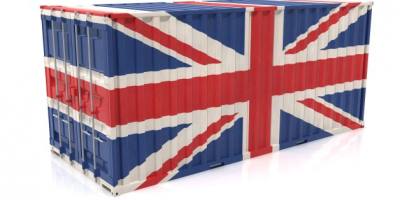 If you automatically think ‘Brexit’, and reach for some headache tablets, don’t!

I have two much, much better suggestions for you.

Wednesday morning, this week, 100 or so people slogged through the Birmingham rush-hour to hear a terrific panel speak on the subject of selling stuff or services, outside these fair shores of ours.

Occasion: the Business Insider morning session on West Midlands Exports.  ‘Insider’ is an excellent magazine and this was one of their best breakfast events. We saw Dominic Riley, Chairman of Morgan Cars and Grahame Cartledge, CBE, Chairman of international architects Benoy, giving their views on where to sell, how to sell and what sells.

To start with, if you want to be glass half-full about life at the moment just come to the Midlands with your eyes open. We have two of the three high performing PMI indices for the UK - an economy that’s in any case going pretty well as a whole - we can sell samosas to India, coffee machines to the Italians and have the only regional trade surplus with China. Be good to get a few more people talking this up if I’m honest.

Within this picture, Graham in particular was both realistic and inspiring as regards his experience of selling a British architecture service all across the world, growing from a small base in Newark, Lincolnshire to a global, 600 employee, 10 studio operation. I scribbled down a lot of fascinating one-off stuff; (favourite, Mr C went into Hong Kong in 1997 just as our governor Chris Patten was folding up the Union Jack, as he could see that Hong Kong firms were going to take over China and not the other way round ). But the main take outs were these...

Firstly, British firms should not be frightened of trading abroad as long as you’re willing to put the long hours in. In fact, British as a property carries a great deal of weight with many nations outside our chums in the EU. It is nothing to do with drinking tea, bowler hats or quirky alternative comedians. Developing countries see British standards of anticorruption, professionalism, quality, heritage and fair dealing as highly attractive and this helps cut deals.  I found this fascinating – finally, after the embarrassment of Blair’s Cool Britannia, confirmation that our nationality does actually stand for more than the Arctic Monkeys…   A panel speaker, Nik Kotecha, chief executive of Morningside pharmaceuticals, says he’s getting medicines fast tracked through Vietnamese regulatory frameworks in three months rather than several years because our standards are recognised as so high.

That said, in my experience most British businesses are still founded with absolutely no intention to trade abroad as they grow - in fact a lack of any long-term planning for UK start-ups seems endemic and this has been confirmed by dozens of conversations over the years. Thankfully the government does seem to have woken up.  Now we all should.

Next, the other great BR--- on which both Graham and Dominic, later, placed great emphasis was still not Brexit but….

BRAND. “Developing a business is about developing a brand, it gives you something to sell to people”, he stated. This hadn’t been optional during the success of Benoy. Every business has brand characteristics, like it or not, the question is how well you understand and exploit them and the attention you pay to your brand as it is inevitably evolves.

And evolve it will. Graham’s view is that ‘as more and more people, from succeeding generations, attach themselves to your brand, they may perceive it differently’. So, you need to monitor this and respond accordingly, which doesn’t just mean piling onto Instagram (although you probably should do that anyway).  Benoy are currently concluding a review of branding which will partly involve being more methodical about claiming credit for how well they are already perceived.  Might be worth asking: when did your business last do this?

Meanwhile, Morgan Cars emphasis on branding could hardly be higher. Dominic Riley talked about having established brand essentials in recent years, simple ideas such as ‘handbuilt sports cars’, British-ness and heritage, and then making them integral to the business. Not many companies would perceive the value in repurchasing their previous factory site in order to underpin brand heritage, but Morgan did.

Oh yes. Where do British Brands stand with regard to that other Br---- word?

The panel consensus seemed to be:  park the issue, it will be what it will be -just get on with business.  If that sounds a bit gung ho, well, Graham Cartledge’s take is: “Brexit means disruption, and disruption creates opportunities.” Perhaps that’s why he’s on the UK Rich List and we aren't…